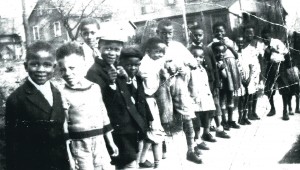 A local historic society is attempting to block the construction of a $10 million, nine-story building in in Bethlehem.

In an area dominated by small two- and three-story buildings, approval was given for a nine-story building to be constructed. The South Bethlehem Historical Society, however, has other ideas.

Members of the historical society have asked a judge to revoke the approval for the $10 million building in the South Side, according to The Morning Call. The 96-foot tall building, proposed by developer Dennis Benner, would be located at Vine and West Fourth streets and would feature 37 apartments and a restaurant.

According to The Morning Call, the appeal, filed Tuesday in Northampton County Court, says granting approval to Benner’s proposal violates the “spirit and letter of the Municipal Districts Law and the City of Bethlehem Historic Conservation District Ordinance.”

While critics say the building would stand out among many other smaller buildings, supporters, including Mayor Robert Donchez, believe it will bring residents back to the South Side.

To read more about this story, visit The Morning Call.