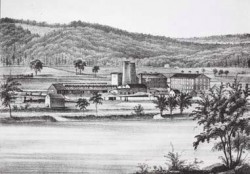 The Emergence of Industrial Pioneers in South Bethlehem

Samuel Wetherill established the Pennsylvania and Lehigh Zinc Company by 1853.

In 1848, the Moravians of Bethlehem, Northampton County, Pennsylvania, divested 1,380 acres of farmland situated along the Lehigh River, flanked by picturesque South Mountain.

After the Civil War in 1865, this idyllic setting became a borough named South Bethlehem . . . a community of industrial pioneers, who, combined with ethnic immigrant labor, would impact the nation—and the world.

Bethlehem, Pa. has a long and remarkable record of industrial and technological achievement. Since its earliest days as a religious enterprise of the Moravian Brethren, the practical genius of this community has left many a curious traveler awestruck.

The 18th Century wooden age knowhow of millwright Henry Antes, the mechanical brilliance of 19th Century ironmaster John Fritz, and the genius of steel titan Charles Schwab in the 20th Century, are but a few of those talented individuals responsible for the industrial legacy we proudly share today. There are many others indeed. 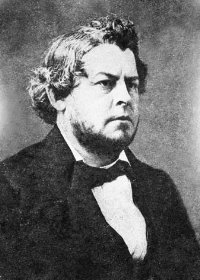 Among those oft forgotten is a man by the name of Samuel Wetherill, who came to Bethlehem from his native Philadelphia in the early 1850’s. As a descendant of one of Colonial America’s most enterprising families, Wetherill came to Bethlehem, not by chance as one might expect.

Two generations of Wetherills prior to Samuel’s era pioneered the early chemicals industry in America with the production of numerous products, including white lead carbonate — an ingredient that revolutionized the manufacture of house paints globally, for both its adhesive and covering properties.

Samuel came to Bethlehem hoping to extend his family’s control of the paints industry; between 1852 and 1853, he set up the first industrial colossus for the manufacture of zinc oxide — an experimental substitute for the proven, yet expensive, white lead.

Wetherill supervised the construction of brick and frame structures for this purpose in 1852. The enterprise was situated on four acres, just east of the present Fahy Bridge, and employed technology both developed and patented by Wetherill himself.

His “furnace process” reduced raw ore to its powdered mineral form, and his “tower process” extracted and isolated it from a sundry of impure by-products. The zinc oxide was then bagged and shipped to market.

The raw materials for Wetherill’s manufactory where mined just over the ridge of South Mountain in Saucon Valley and brought to the operation along the Lehigh by packhorse and mule train. The Pennsylvania and Lehigh Zinc Company was chartered in March of 1853.

On October 13 of the same year, the first “white zinc” made in the United States was made at the ZincWorks. Wetherill later pioneered the manufacture of metallic zinc spelter and sheet zinc.

By 1855, Asa Packer surveyed tracks of the Lehigh Valley Railroad between the ZincWorks and the Lehigh River. By 1860, the Bethlehem Iron Company was formed east of the ZincWorks with the intent of producing rails.

After the Civil War, on August 21, 1865, the Borough of South Bethlehem was incorporated. Later, the ZincWorks was absorbed into the Bethlehem Steel Company in the early 20th Century, having employed in excess of 700 persons during its peak years.

Wetherill’s Southside operation is credited with bringing to South Bethlehem the first significant influx of foreign-born labor—an event synonymous with the later growth of the steel industry, vital to this community’s ethnic character.

Wetherill contributed much to the South Bethlehem community, beyond being the first to capitalize upon this opportune location which would become a future industrial hub.

In addition to this important contribution, Wetherill was a vigilant patriot. He organized among Bethlehem residents, a mounted guard in the summer of 1861, for three years serving the Union during the Civil War. Wetherill enlisted as Captain of H Company, 108th Pennsylvania Regiment on Sept. 25, 1861 for a 3-year term. He was promoted to Major of the 108th on October 10, 1861, and was later discharged on Oct. 1, 1864 for expiration of term with the rank of Major.

On March 13, 1865, he received the rank of brevet Lieutenant Colonel. These brevets were common as the war wound down and afterwards.

On September 23, 2003, South Bethlehem Historical Society dedicated an official state marker sponsored by the Pennsylvania Historical and Museum Commission which reads: “Samuel Wetherill (1821- 1890): Chemist, industrialist and Civil War officer. In 1852 he developed a process for extracting white zinc oxide directly from zinc ore. In 1853 he founded the Lehigh Zinc Co., with a plant just east of here, pioneering the manufacture of zinc spelter and sheet.”